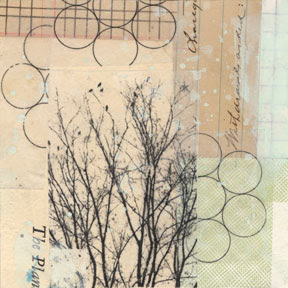 This is a particularly nice one!
Hey Randall, I'm sorry to be so slow on asking you about this - but would you like to be a guest on my "artists who blog" series? Let me know and I will send you the questions!

thanks stephanie!
that sounds great!
you can email me at
randelplowman at hotmail.com

Lovely work.
I scrolled down a ways and the name
Frank Duveneck (I'm forgetting the
spelling now) caught my eye.

In the sixties I went to Hidden Villa Ranch
in the Los Altos hills in California, founded
and run by Frank and his wife Josephine Duveneck! They lived in a very large, amazing Mission-era house on the ranch property, beautiful old oil portraits of family predecessors--one of Frank as a child.

Maybe your center was named for Frank or relative. How many Frank Duvenecks could there be?

hi laurie!
the artist that the center was named after was born in 1848 and died in 1919. He was from covington, ky. his work is similar to frans hals in style with large gestured brush strokes.
may be a relative.

Hi. Here's more: the California Frank was Frank Duveneck's son. His mother, Lizzie, died when he was a baby. His father was devastated by her death - they had a tumultuous and storied romance that was fodder for her friend Henry James' novels. She came from an upper class family that didn't exactly approve of Frank.

Lizzie's father -Francis Boott - was a force to reckon with. He eventually warmed up to Frank. But even so, when Lizzie - his only child - died, he decreed that Frank Jr. would be brought up in Massachusetts with the Boott family.

Frank Sr. returned to Cincinnati, where he taught at the Cincinnati Art Museum and the Art Academy of Cincinnati. By all accounts, he was a charismatic teacher. He went to Gloucester, Mass., regularly to paint and to spend time with his son.

Frank Jr. moved to Palo Alto and purchased the land that became Hidden Villa Ranch in the 1920s.

A Collage A Day by Randel Plowman is licensed under a Creative Commons Attribution-NonCommercial-NoDerivs 3.0 Unported License.